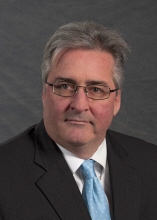 James Bernard Curtin, Jr., 51, of South Norwalk, son of Jeanne Fountain Curtin and the late James B. Curtin, Sr. passed away December 3, 2015 after a brief illness. He was born in New Haven December 19, 1963 and graduated from Choate and the University of Pennsylvania, where he lettered in crew. Jim was employed with Towers Watson as the Metro New York HGB Leader. He was a former member of the New Haven Country Club, the New York Athletic Club, and the Knights of St. Patrick. In addition to his mother, he is survived by his brother Peter Curtin of Hamden, his sister Cynthia Curtin and her husband Ihab Barrawi of Danbury, his aunt & uncle Robert & Rosalie Fountain of Cheshire, 3 cousins; Robert & William Fountain and Maria Henley, and 2 close friends, George Kakaletris and Stuart Pike. Regardless of his business success, Jim found great happiness when he could get grease on his hands at his friend's garage. Friends may visit with his family on Tuesday December 8 from 5-7 pm at BEECHER & BENNETT, 2300 WHITNEY AVE., HAMDEN. Interment will be private. Contributions in his memory may be sent to St. Ann's Soup Kitchen, 930 Dixwell Ave. Hamden, CT 06514 or to the First Tee, 55 Golf Club Rd. Cromwell, CT 06416.