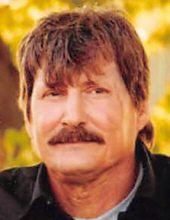 James Edward 'Jim' Gertsch, 59, of New Haven, passed away on June 6, 2019 after a courageous battle with cancer at CT Hospice in Branford. He was born on February 24, 1960 to Charles and Ruth Goodrich Gertsch of Guilford. Jim graduated from Branford H.S. before joining the US Army, where he spent time stationed in Germany. He was a talented mechanic, having worked for local garages, and greatly enjoyed NASCAR. Besides his parents, Jim will be greatly missed by his sister, Debbie (Frank) Reilly of East Haven; his brother, John (Elizabeth) Gertsch of Salisbury, MD; a niece, Stephanie Gertsch, and a nephew, Russell Gertsch. Private arrangements in care of BEECHER & BENNETT, 2300 Whitney Ave., Hamden. Contributions in Jim's memory may be sent to CT Hospice, 100 Double Beach Rd., Branford, CT 06405.