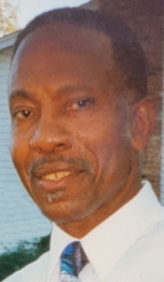 James E. Holley, Sr., 82 of Middletown, CT departed this life on Friday, October 1, 2021.  Born April 6, 1939 in North Carolina to the late Lillie V. Rankins-Anthony and Stewart Holley, James was the third child of twelve children.  He moved to Middletown, CT in 1955 to work with his brothers.

James was predeceased by his parents, two brothers, Clarence Holley and Marvin Lane, a sister, Thelma Holley-Jones, a daughter, Lynette Chatfield, and a grandson Kenyon Gaskins.

James was a devoted Jehovah’s Witness, and was baptized into their faith in 2002.  He received his H.S. diploma from Sheehan High School in Wallingford, CT.  He worked at American Cyanamid for 42 years in Wallingford, CT, and retired from there in February 2001.

While growing up in NC, a couple of his favorite activities were fishing and swimming with his siblings and friends. At the same time he was given the nickname Bro Rabbit. As he got older, modifying his cars, racing the 1967 Firebird, and playing Bid Whist became his favorite things to do.  His ability to fix almost anything was amazing.

Friends are invited to visit with his family on Wednesday, October 13th from 11:00 a.m. to 12:00 p.m. in Beecher & Bennett-Flatow Funeral Home, 48 Cook Ave., Meriden. His memorial service will follow in the funeral home at 12:00. For those who were unable to attend the in-person service, a Zoom link is available here: James Holley Sr. Funeral. Password to view is 2bDd?V1R.