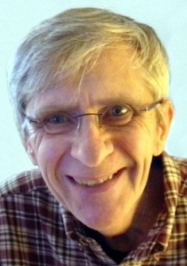 James Francis Ohlsen, 77, of Hamden, passed away with family by his side after a recent illness at Yale-New Haven Hospital on June 24, 2022. Born in Brooklyn, NY on May 29, 1945 to the late Arthur and Eleanor Nelson Ohlsen, Jim was the beloved husband of 54 years to Deborah Dennis Ohlsen. After growing up in Brooklyn, he joined the US Navy out of high school. Once out of the service, Jim married Deb and they moved to Hamden, where they raised their family and have called home for the last 47 years. He worked for Brescome Barton for 36 years before retiring. Before becoming a Communicant of Church of the Ascension, Jim was an active member of St. Rita’s Parish. In both parishes he was a Eucharistic Minister, having most recently been charged with bringing Communion to members of the parish who were unable to attend Mass. Not only did Jim bring Communion, he brought friendship and company to those individuals. Jim had a love for photography, visits to the beach, and a good game of Chess. He enjoyed visits with his neighbors and could often be found taking walks with Onyx, his beloved furry friend.

Funeral from BEECHER & BENNETT FUNERAL HOME, 2300 Whitney Ave., Hamden on Thursday, June 30th at 9:30 a.m. with his Mass of Christian Burial to be celebrated at 10:00 a.m. in the Church of the Ascension, 1050 Dunbar Hill Rd., Hamden, followed by his interment with Military Honors in All Saints Cemetery. Friends may visit with Jim’s family on Wednesday evening in the funeral home from 4:00 to 8:00 p.m.  Memorial donations in Jim’s memory may be made to the South Park Inn by going to www.southparkinn.org.