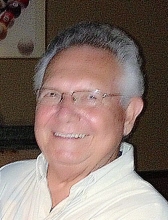 James (Jim) E. Thomas, Sr., age 76 of Orange, passed away peacefully with his loving family by his side August 28, 2014, at CT Hospice in Branford. Jim was born on March 25, 1938, a son of the late Jeannette Sennett Thomas and Lester H. Thomas. Jim is survived by his loving wife, Barbara Thomas, and his sons, Scott A. Thomas of Texas, James E. Thomas, Jr., Michael Thomas and daughters, Deborah (Mark) Augur and Karen Thomas all of CT; seven grandchildren and four great-grandchildren; brothers, Lester (Carol) Thomas, Douglas Thomas and sister, Gail (James) Skelly, as well as an uncle, aunts, several cousins, nieces and nephews. He was predeceased by a daughter, Gina Thomas and a brother, Robert Thomas. Jim was an accomplished artist whose main focus was in Norman Rockwell reproductions, many of which are now gracing the walls of numerous homes. He also enjoyed many other pastime activities including boating and archery. Jim was very proud and passionately held his Schaghticoke Native American Heritage close to his heart never missing the opportunity to speak of his connection to the Schaghticokes, and also participated in several of their tribal meetings and activities. In granting Jim's wishes, there will be no calling hours. Burial Service will be private at Orange Center Cemetery. Arrangements under the direction of BEECHER & BENNETT-TAYLOR FUNERAL HOME, 410 Campbell Ave., West Haven.