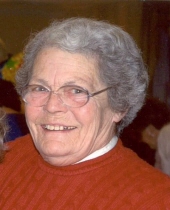 Jane E. W. Ruck, 79, of Hamden died Saturday, July 4, 2009 at CT Hospice in Branford. Daughter of the late Clarence (CA) and Mary Beaty Weber, Jane was born in Galva, IL March 4, 1930. She moved with her family to Connecticut where both of her parents were lifelong educators. Jane received her Bachelors Degree (1951), Masters Degree (1970) and PhD (1979) from UConn where she was a member of Phi Beta Kappa. Her lifelong dedication to public education began with teaching positions in East Lyme from 1951-1952 and North Haven from 1952-1956. She was Assistant to the Superintendent (Dr. Frank R. Yulo) in Hamden from 1970-1975, and retired in 1995 as department chair and Professor Emeritus after 18 years of teaching for the Southern Connecticut State University Department of Educational Leadership. During her career, Jane also volunteered tirelessly for various organizations including the Hamden PTA, and regional and national associations of school administrators, was founder and president of CT School Public Relations Association, and a member of Hamden Rotary. This was all accomplished while raising five children by her former husband, Don V. Ruck: Cindy Camp, Beth Ruck, Jeff Ruck, Clay Ruck and Dean Ruck. Also surviving her are 4 grandchildren, Kristi and Tonya Miller of Hamden, Owyn Ruck and Tim Henstrand of Brooklyn. A memorial service in her honor will be celebrated on Tuesday, July 14 at 10am at the Mt. Carmel Congregational Church, 3284 Whitney Ave., Hamden. Burial will be private. In lieu of flowers, donations may be made in her name to CT Hospice, 100 Double Beach Rd., Branford, CT 06405. Arrangements in care of BEECHER & BENNETT, 2300 WHITNEY AVE., HAMDEN.