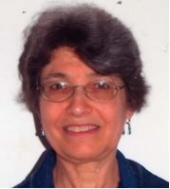 Jane Ellen Traugott, 63, of Heritage Village, Southbury passed away Thursday November 3, 2005 at Ct. Hospice, Branford. Ms Traugott was born November 21, 1942, in New York City, daughter of the late John Allen and Ruth Sonepouse Traugott. She grew up in New York City, graduated from Hunter High School in 1959 and William Smith College in 1963 with a BS degree in Chemistry. Ms. Traugott was a member of the Community of St. John the Baptist from 1964 - 1973 where she was clothed as a Novice with the Religious name of Sister Ellen Marie. From 1965 she served at Grace Church in Van Vorst, St Luke's Chapel and St John the Baptist School. Following this she worked as an accountant until 1983 and became a member of the Third Order Society of St. Francis where she was a contributing member. From 1980 - 1984 Ms. Traugott was a member of the Poor Clare's of Reparation and Community of St. Clare. Continuing in her service career she became a Home Health Aide with VNS/VNS Hospice of Suffolk County from 1984 - 2001. She moved to Southbury, Ct. to care for her sick mother until her death in 2002.Even though she retired in 2002, which she enjoyed greatly, she continued to serve on the NVP Jobs Committee from 2003 to 2005 and the Third Order Society of St Francis as Assistant Formation Director from 2003 to 2005. She was a member of St. Paul's Church, Woodbury, Ct. from 2002 to 2003 and a member of Christ Church, New Haven from 2003 to 2005. She was engaged in ministry of service to the end. A Requiem Sung Eucharist will be held at Christ Church, 84 Broadway, New Haven, Saturday November 12 at 10;30am. Memorial Contributions may be made to Ct. Hospice, Inc., 100 Double Beach Rd., Branford, Ct. 06405 for the wonderful care given. Arrangements in care of BEECHER & BENNETT 2300 Whitney Ave., Hamden, Ct.