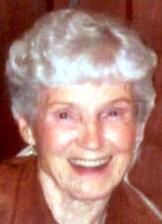 Janice Jervis Anderson, 97, of Cheshire, and a former longtime resident of Hamden, passed away at Elim Park on December 22, 2020. Born in Norwich on April 22, 1923, she was the daughter of the late Harry Ross Jervis and Alma Elizabeth (Fillmore) Jervis. After moving from Norwich, Janice began and completed her schooling in the West Haven school system, going on to secretarial school. She married the late Herbert E. Anderson on June 14th, 1943, and they shared 72 years together until his passing. Janice was the mother of Sheryl A. Maltagliati (Frank) of Hamden, and was predeceased by her son H. Bradford Anderson (Patricia) of Maine. Grandmother to Jeffrey Maltagliati of Chester, Erin Anderson (Michael Johnson) of Whitefield, Maine, and Kimberly Day Anderson of Maine, and great-grandmother to Kaylee-Rose Cappello, Amara and Anya Johnderson. She is also survived by many nieces and nephews. Janice was predeceased by her sisters; her twin Anice Eckle, Audrey DeGray, and Marilyn McGrath.
Early on in her marriage, Janice volunteered with the Well Baby Program at the VNA. Janice then began her working career at the former Central Guard Service in Westville; later going on to a 40 year employment as a bookkeeper for the former New Haven Trap Rock Company. After her retirement, Janice was a school bus monitor for over 20 years. Janice was a Lady Lioness for many years and also belonged to the Hamden Women’s Club, the afternoon and evening Bridge Groups, and Gourmet Club and immensely enjoyed each group’s activities, along with her crafts and handwork hobbies. Throughout their marriage, Janice and Herbert volunteered to help as many organizations when and wherever they could. The two were active in the Hamden Promenaders Square Dance Club, and together they spent many hours sailing on Long Island Sound and visiting with friends and family at their cottage on Leetes Island, Guilford. When winters approached, Janice’s Sunday afternoons would be spent preparing homemade meals and baked goodies from scratch, and if there was time, a “Sunday afternoon toot” was always fun. Once again she is at peace, rejoined with her beloved husband and son.
Janice will be privately buried beside her family members in Beaverdale Memorial Park. Arrangements are in care of BEECHER & BENNETT FUNERAL HOME, 2300 Whitney Ave., Hamden. In lieu of flowers, donations in her memory may be made to the CT Special Olympics, 2666 State Street Suite 1, Hamden, CT 06517. 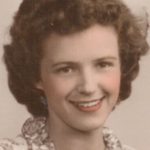 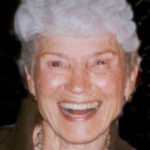 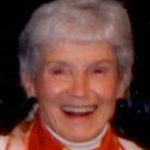