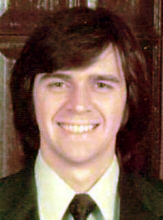 Jared 'Jerry' Warner Jr., age 68, of Hamden, passed away peacefully surrounded by his family on May 29, 2017. Born in New Haven on April 28, 1949, he was the son of the late Jared Warner Sr. & Evelyn (Rueger) Warner. Jared is survived by his sisters, Jeanne P. Warner of North Haven and Laurie C. Henson of Hamden; nieces Kristine Henson of Guilford and Amy O’Brien & her husband Shaun of Champlain, NY and his great-nephew Declan Kade O’Brien. Soon after graduating from Hamden High School, he became the drummer for the former New Haven bands “The Frontiers' and 'Better Daze.” Shortly after that he moved and lived in California from 1971 to 1991. While there he was a musician, playing the drums for various bands in Los Angeles & Las Vegas. While in Los Angeles, Jared was employed by a record company and later worked for Hughes Aircraft. He was a semi-pro bowler for several years, owning and operating his own Pro Bowling Shop. Jerry later moved to northern California and attended Feather River College and studied forestry. In 1991 he moved back to CT to be near his family and was employed at Arkwright in Guilford. Jared always loved and cared for all animals and had a passion for poetry, he wrote and published many poems in small local Los Angeles publications back in the 70's. He also did a lot of freelance photography while in LA. Friends may visit with his family on Friday from 11:00 am to 12 noon at BEECHER & BENNETT FUNERAL HOME, 2300 Whitney Ave, Hamden. His Prayer Service will begin Friday at 12 noon in the funeral home followed by burial in Centerville Cemetery. Contributions in Jared’s memory may be made to Animal Haven, 89 Mill Road, North Haven, CT 06473.