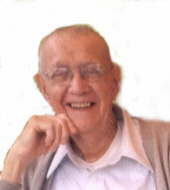 Warner, Jared 'Jerry' Sr. Jared 'Jerry' Warner, Sr, age 92, of Battis Rd. Hamden, passed away November 6, 2008 at his residence. Jerry was the husband of the late Evelyn Rueger Warner; father of Jeanne Warner, Laurie Henson & Jared Warner Jr; grandfather of Kristine & Amy Henson all of Hamden; brother of Francis Warner Jr. of New Haven & the late George Marko. Born in Hamden on October 30, 1916 he was a son of the late Francis Warner Sr. & Olga Helen Marko Warner. At one time employed at the former Safety Car, in Hamden, Jerry enlisted into the National Guard. During WWII he enlisted in the US Army, subsequently he was reported killed in action, but was a POW at which he later escaped. He is the recipient of a Purple Heart, Bronze Star Metal, Bronze Service Arrowhead & 3 Bronze Stars for participation in action. He was a member of the board of directors of the First Armored Division Association, member of the Military Association of America, former member of the Branford & Hamden Rotary Clubs, Junior Achievement, the Hamden Plains Cemetery Board of Directors and many Coin Clubs over the years. Jerry retired as a Assistant Vice-President of the former Union Trust Co. and it's Bank Manager in their Branford Branch. He then was employed as a Loan Officer for the Branford Savings Bank for eight years, ending his banking career in 1981. He was loved and will be missed by many friends and family, especially the Marko's of Massachuettes. His funeral service will be held at 12 noon on Monday Nov. 10, 2008 in BEECHER & BENNETT, 2300 Whitney Ave, Hamden. Friends may also visit at the funeral home on Monday from 10 AM until 12noon. Burial with Military Honors will follow in Centerville Cemetery in Hamden. Contributions in his memory may be made to: The First Armored Division- P.O. Box 2088, Elizabethtown, KY 42702-2088, or to the Military Association of America, Nathan Hale Chapter, Col. Wm. Rogers, 43 Reynolds Dr. Wallingford, CT 06492-3933.