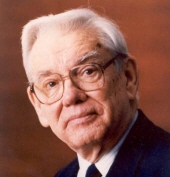 Jaroslav Pelikan, Sterling Professor Emeritus of History at Yale and former dean of the Yale Graduate School, died Saturday at his home in Hamden, after a battle with cancer. He was 82. Jaroslav Pelikan was born on December 17, 1923 in Akron, Ohio to immigrant parents. His father was a Lutheran pastor. In 1946, at the age of 22, he graduated from Concordia Theological Seminary in St Louis, and also completed his PhD. at the University of Chicago. Before joining the Yale faculty in 1962, he taught at Valparaiso University in Indiana, at Concorida Seminary in St Louis, and at the University of Chicago. Yale named him a Sterling Professor in 1972. He served as Dean of the Yale Graduate School (1973-1978), as President of the Yale Academy of Arts and Sciences (1994-1997), as chairman of the board of the American Academy of Political and Social Science (2003-2004), and as founding chairman of the Council of Scholars at the Libary of Congress. His long list of awards and accolades included 42 honorary degrees from institutions around the world. He gave the Guifford Lectures in Aberdeen, Scotland, and the Gilson Lectures in Toronto. In 2004, the Library of Congress presented him with the John W. Kluge Prize in the Human Sciences. And at the age of 80, he was chosen by the Annenberg Foundation as scolarly director for the "Institutions of Democracy' Project. He was a trustee and member of St Vladimir's Orthodox Theological Seminary, Crestwood, NY. Dr. Pelikan is survived by his wife of 60 years, Sylvia, by three children, Martin, Michael and Miriam, and by three grandsons. Family and friends are invited to a viewing at Holy Transfiguration Orthodox Church, 385 Alden Ave., in New Haven, CT, on Tuesday, May 16, 2006 from 10AM to 1:00PM. His funeral will be held in Three Hierarchs Chapel at St Vladimir's Seminary, 575 Scarsdale Road, Crestwood, NY., on Tuesday at 7:00 PM followed by a vigil. A Liturgy will take place at the Seminary Wednesday morning at 9:00 AM. There will be a private interment at Grove Street Cemetery, New Haven, CT. In lieu of flowers, the family requests that memorial donations be made either to the St. Vladimir's Jaroslav Pelikan Theological Endowment, founded by Dr. Pelikan or to the Jaroslav Pelikan Publication Fund of the Yale University Press. Arrangements in care of BEECHER & BENNETT, 2300 Whitney Ave., Hamden, CT.