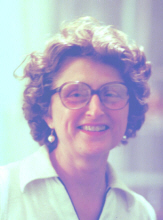 Jean Westerman Gregg was born July 20, 1918, and died June 22, 2013, aged 94 years. A noted contralto in her younger years, in later life she devoted herself exclusively to teaching, becoming one of the country's most respected voice teachers. She maintained an active studio until suffering a disabling stroke in 2008. She held an A.B. and M.A. in vocal performance from the University of Michigan, and an M.S. in speech pathology from Southern Connecticut State University. Her only voice teacher was her father Kenneth N. Westerman of Ann Arbor, and she assisted him in his studio and in running the Waldenwoods Voice Camp until her marriage to Dr. Robert A. Gregg in 1951. She was active with the National Association of Teachers of Singing, and served as NATS President from 1994-1997 and again from 1998-1999, and as Past President until 2003. She chaired the NATS Summer Internship Program from 1996 through 2002, in which she also presented workshops and master classes. She was a member of The Voice Foundation Scientific Advisory Board 1999-2010, and the Journal of Voice Editorial Board 1998-2010. She presented seminars at the Voice Foundations Annual Symposium from 1993 through 2003, and gave the prestigious G. Paul Moore Lecture at the 29th Annual Symposium: Care of the Professional Voice in 2000. She was elected to the American Academy of Teachers of Singing which has only 34 members, in 1994. She was on the faculty of international voice conferences in Strasbourg, France, Auckland, New Zealand, Helsinki, Athens, Rio de Janiero, and Bern, Switzerland. Domestically she was much in demand to present master classes and to judge vocal competitions. She was a regular contributor to professional journals, publishing articles in the Journal of Voice, and The Journal of Singing (formerly the NATS Journal). She was a regular columnist in that journal for more than 12 years. She held faculty positions at various times at Chicago Musical College, Hamden Hall Country Day School (Hamden, Ct.), Educational Center for the Arts, New Haven, Quinnipiac College (Hamden, Ct.), and Amity Regional School District (Woodbridge, Ct.). She served as Choir Director at First Church of Christ, Woodbridge for 25 years, from 1981 till 2006. She is survived by her son Timothy of Carmel, NY, and her brother Kenneth R. Westerman of Ann Arbor. Friends may attend Jean's calling hours on Thursday, June 27, from 5:00 PM to 8:00 PM at BEECHER & BENNETT FUNERAL HOME, 2300 Whitney Ave, Hamden, and may attend her Memorial Service on Saturday, July 6, 2013 at 11:00 AM in the First Church of Christ, 5 Meetinghouse Lane, Woodbridge. She will be interred in Brookside Cemetery in Tecumseh, MI at a later date. In lieu of flowers, it is requested that memorial donations be made to the National Association of Teachers of Singing, 9957 Moorings Drive Suite 401, Jacksonville, Florida 32257.