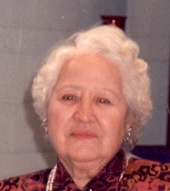 Jeanette Bowes Montalto, 88, of Hamden, wife of the late Salvatore Montalto, passed away on Sept. 18, 2006. Born in New Haven on Dec. 3, 1917 to the late Alfred and Florence Willard Bowes. A long time resident of Hamden, Mrs. Montalto was an avid reader and greatly enjoyed time spent with her family, especially her grandchildren and great-grandchildren. Mrs. Montalto leaves her daughter, Gloria Bogen and her husband, Charles of North Haven; son, William Montalto and his wife, Karen of Bethany; five grandchildren, Charles Bogen of Durham, Bryan Bogen of North Haven, Kirk Johnson also of North Haven, Marc Montalto of Tampa, FL, and Ted Montalto of New Haven; and ten great-grandchildren. Besides her husband, she was also predeceased by her daughter, Carol Montalto Lopez. A Mass of Christian Burial will be celebrated on Thursday, Sept. 21, at 10 a.m. at Our Lady of Mt. Carmel Church. Friends may visit with the family on Wed. from 5-8 p.m. at BEECHER & BENNETT, 2300 Whitney Ave., Hamden. Contributions in Mrs. Montalto's name can be sent to the charity of one's choice.