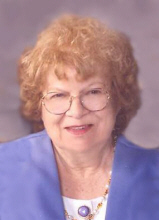 Meriden- Jeannette G. Ratte, 91, wife of the late Rosaire J. Ratte, passed away peacefully on Thursday, July 7, 2016 at Coccomo Healthcare Center. She was born February 15, 1925 in Meriden, the daughter of the late Emile and Malbina Gervais. Jeannette attended local schools, worked for New Departure and later retired from Yale Motor Inn in Wallingford. She was a parishioner of St. Laurent Church and Our Lady of Fatima Church. Jeannette was a loving wife and mother, always thinking about others before herself. She is survived by two sons, Gary Ratte of Wallingford and Kevin Rattay of Arizona; a daughter Nancy Hodson and her husband Phil of Arizona; a son-in-law, Mike Matteau of New York; and a brother, Raymond Gervais of Wallingford. She was predeceased by a daughter, Paula Matteau and three brothers; Thomas, Emile and Robert Gervais. A mass to celebrate Jeannette's life will be held on Friday, July 15, 2016 at 10am at Our Lady of Fatima Church, 382 Hope Hill Rd., Wallingford. Burial will follow at Sacred Heart Cemetery, Gypsy Lane, Meriden. There will be no calling hours. Beecher & Bennett-Flatow Funeral Home is in charge of the arrangements.