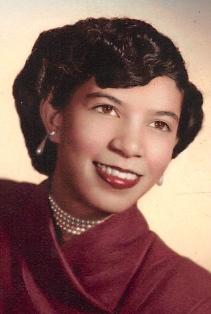 Jeannette Valeriano, 89, passed away peacefully Thursday, February 10, 2022 at St. Mary’s Hospital surrounded by her loving family. She was born October 11, 1932 in New Haven, the daughter of the late Robert and Mary Frazier.
Mrs. Valeriano attended New Haven public schools. She wed Manuel Valeriano in 1953 and they were married for 58 years. Her administrative skills were utilized in her position as Secretary in the Psychiatric Department of Yale-New Haven Hospital. She later transferred to the Biology Department at Yale University, from where she finally retired.
Over the course of her life, Mrs. Valeriano met the world with style and grace. Her interests in fashion and attention to the details of being well-dressed were of an era gone by-a dash of color, a touch of glamour, and always a fine handbag. She enjoyed the comforts of her home and decorated it with treasures found with her husband on their weekend antiquing trips. Most of all, she loved relaxing evenings with her husband, listening to jazz and watching the comings and goings of the neighborhood. When the weather was warm, she was delighted to spend afternoons at Lighthouse Park and dining with her daughter and grandchildren at nearby Turk’s in West Haven. Never a frivolous person, she enjoyed bus trips with her husband and their dear friend and neighbor, Mr. Moore, to Foxwoods. The highlight of her outing was always the brunch, a true foodie.
She is survived and remembered dearly by her daughter Carol (Michael) Slade, granddaughter Bianca Slade, grandson Michael (Leslieann) Slade, II, two great-grandchildren, James and Dylan Slade, sister-in-law Carlota Valeriano Williams, brothers-in-law Armondo Valeriano and Walter (Joan) Valeriano, and a host of nieces and nephews, all to cherish her memory. She was predeceased by a sister, Susan O’Bryon.
Friends are invited to visit with Mrs. Valeriano’s family on Friday, February 18th from 10-11 a.m. in Beecher & Bennett Funeral Home, 2300 Whitney Avenue, Hamden. A funeral service celebrating her life will begin at 11 a.m. Interment will follow in Beaverdale Memorial Park.