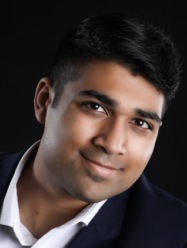 Cadet Jeet Patel, 21, of Wallingford, CT, passed away suddenly and unexpectedly on Sunday, March 28 in Vermont. He was born on February 18, 2000 in New Haven, CT. Jeet is survived by his parents Jay and Shital, brother Yash, his grandparents, uncles, aunts, cousins, and friends.

Though Jeet’s life was not long, it was full. He lived a peaceful life brimming with laughter, friendship, and boundless personal and professional accomplishments. He was kind, fun, and self-motivated. Jeet was studying Criminal Justice and Cybersecurity at Norwich University in the Class of 2022 Corps of Cadets and aspired to become a state police officer in New England. In doing so, he hoped to serve and strengthen the community, which is a goal that perfectly reflects his character. Jeet was highly dedicated and poured his heart and soul into his work in Police Cadets and Navy cadets and his persistence shined through. He served as the 1st Sergeant of Band Company and played tuba as a member of the Regimental Band. He also planned on serving as the company commander of Band Company for the 2021-2022 academic year.

He will be remembered by all for having an easy smile, a carefree attitude, and a playful personality. His funeral will be held on Thursday, April 1st, 2021 at Beecher & Bennett Funeral Service in Hamden, CT from 9:00 a.m. – 11:00 a.m. EST (6:30 p.m. – 8:30 p.m. IST). A recording of the live Facebook broadcast is available below for friends and family that were unable to join us for the service. Although gone too soon, Jeet has made an everlasting impression on everyone he has met. He will forever reside in our hearts.