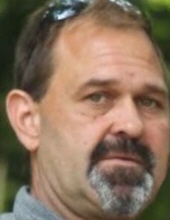 Jeffrey Wilson, age 50, of Meriden, loving companion of many years to Julie Hourigan, passed away on November 20, 2019. He was born on March 17, 1969, son of Charla Wilson Marotti and the late Edward Wilson. Besides his girlfriend Julie, mother Charla and her husband Bill, he leaves his children; Jeffrey Wilson Jr. and Madison Wilson, brothers; Martin Wilson and his wife Diane and Michael Wilson and his wife Joanne, and sister, Allyson Wilson, and his nieces and nephews; Jeremy, David, Randie, Michael Jr., Alex, Jessica, and Ricky Wilson and Gabriel Hanley. He also leaves his beloved dog Eddy. Besides his father Edward, he is predeceased by his nephew Marty Wilson Jr. After graduating from Platt High School, Jeffrey went on to become a master glazer and craftsman. He was an avid Seattle Seahawks fan. Above all else, he loved spending time with his family. Friends are invited to visit with Jeffrey's family on Saturday, November 23 from 9-11 a.m. in New Life Church, 350 High Hill Road, Wallingford. A service celebrating his life will be held at 11 a.m. Interment will be held at a later date in the Wilson family plot in St. Sebastian Cemetery, Middletown. Memorial contributions in Jeffrey's name may be made to the Meriden Humane Society, 311 Murdock Ave., Meriden, CT 06450.