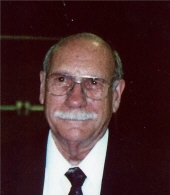 Jerome (Jerry) Crawford, 84, beloved husband of Patricia Barnes Crawford of West Haven, passed away Dec. 16, 2009 with his family by his side. He was born in Watertown, NY on May 11, 1925 to the late Albert and Olive Tyler Crawford. Besides his wife, Jerry is survived by his son, William Crawford of New Haven; daughters Karen Held (James) of Hanover, PA, Peg Crawford (Frank Pergolotti) of West Haven, and Patricia Swanson (Barry) of Satellite Beach, FL; nephew, Leland (Louise) Crawford of Lakeland, FL; five grandchildren and three great-grandchildren. He was also predeceased by two sons, Martin and Jerry (Jac) Crawford. Jerry joined the US Army at the age of 17. He served in WW II and the Korean Conflict. After discharge, he relocated to New Haven and graduated from the University of New Haven in their first accounting class. He retired from the State of Connecticut as a tax examiner. Jerry was a proud member of the CT Governor's Foot Guard, American Legion Post 71, West Haven VFW, Civitan Club and Elks. He also volunteered for the BSA and the WH Band Parents. Everyone who knew him will miss his quick smile and twinkling eyes. Jerry's family would like to express grateful appreciation to all the healthcare personnel who cared for him. A graveside service will be announced. In lieu of flowers, the family suggests that donations be made to the West Shore Fire Department, 852 Ocean Ave., West Haven, CT 06516 or to the charity of one's choice.