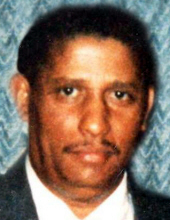 Jesus M. Hiraldo Sr., 78, of Meriden, loving husband of Carmen L. Hiraldo, passed away on January 8, 2020 at Apple Rehab Coccomo in Meriden. He was born in Carolina, Puerto Rico on January 26, 1941, a son of the late Julio and Maria Rodriguez Hiraldo. Besides his wife he leaves his loving children Carmen Salas of Meriden, Luz Marquez and her husband Santos of Meriden, Jesus Hiraldo and his wife Donna of Meriden, Waleska Hiraldo of Meriden, and Angel M. Hiraldo of Meriden; stepchildren Raphael Rodriguez and David Rosario; 13 grandchildren, and 10 great-grandchildren. Jesus worked for the City of Meriden for 39 years until his retirement. He was the Pastor at Assembly of Christian Churches for 21 years, retiring in 2017. In his free time he enjoyed traveling and working on his cars. Above all else, he loved spending time with his family and serving the Lord. Friends are invited to visit with Jesus's family on Friday, January 10 from 4-7 p.m. in Beecher & Bennett-Flatow Funeral Home, 48 Cook Ave., Meriden. A graveside service will be held on Saturday, January 11 at 10:30 a.m. in Sacred Heart Cemetery, Meriden. Friends are invited to meet at the cemetery office at 10:15 a.m.