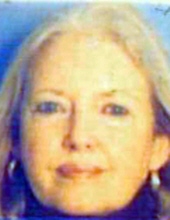 Joan DeLeo of Guilford passed away on October 14, 2019. Joan was born in New Haven on February 13, 1934, the daughter of the late Arthur and Gertrude (Lynch) Vreeland. She graduated from Hillhouse High School then attended the Elm City Beauty Academy. Joan was a longtime resident of West Haven, a member of the West Haven Council of Arts and the West Haven Women's Club, and served as a Constable for the City of West Haven. Joan sang professionally under the name of Joannie Lynn with the Pat Dorn Orchestra, the Sal Libro Orchestra, the Guy Masella Orchestra, and various bands throughout the state as well as at nightclubs and on the radio. She worked for the University of New Haven prior to her retirement. A woman of elegance and style, she was as beautiful on the inside as she was on the outside. She was a loving, caring, and generous mom, grandma and friend. She loved animals and was especially proud of her grandson, Officer Vincent DeLeo, New Haven Police Department. She was dearly loved and will remain forever in our hearts. Joan is survived by her son Glen DeLeo and his wife Maria of East Haven, daughter Debra Loricco of North Haven, six grandchildren, six great-grandchildren, and her brother Edward Vreeland of Scottsdale, Arizona. She was predeceased by her sister Dolores Ladusky. The family would like to thank the nurses and staff at Watrous Nursing Center for their compassionate care of Joan, especially Brad. Friends and relatives are invited to attend a Memorial Mass on Friday, October 18th at 9:30 a.m. in the St. Pio of Pietrelcina Parish at Our Lady of Pompeii Church, 355 Foxon Rd., East Haven. Interment will follow in Beaverdale Memorial Park.