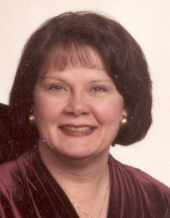 Meriden - Joanne C. Tashjian Geel, 54, of Pine Tree Ridge, died Tuesday, June 21, 2005 at MidState Medical Center following a lengthy illness. She was the wife of William Geel. Born in Pontiac, MI on Dec. 25, 1950, she was the daughter of the late John Arthur and Melanie Jarvis Tashjian. She was a graduate of the University of Connecticut and was employed as a court reporter for the State of Connecticut in the Workers Compensation Department in Hartford and Stamford. She enjoyed traveling, sspecially to Europe and Asia. Besides her husand, she is survived by a son and his fiancee, Larry Tashjian and Melanie Jarvis of Torrington; a stepdaughter and her husband, Jennifer and John Lane of Wallingford; two stepsons and a spouse, Brian Geel of Bristol and Sean and Jennifer Geel of Meriden; four grandchildren, Lilyahna Tashjian of Torrington, Julia LaMere of Torrington, Brook Lane of Wallingford and Shamus Geel of Meriden. The funeral will be held Friday, June 24, 2005 at 1 p.m. at the Beecher and Bennett Flatow Funeral Home, 48 Cook Ave., Meriden. Chaplain Doreen Bottone will officiate. Burial will be in Walnut Grove Cemetery. If desired, contributions in Mrs. Geel's memory may be made to the American Cancer Society, P.O. Box 1004, Meriden, CT 06450.