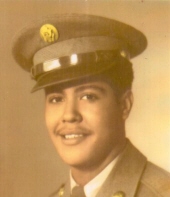 John A. Pina, 77, of 70 Judwin Ave., New Haven passed away March 22, 2007. He was the husband of Dorothy Pina. He was born in New Haven November 26, 1929, son of the late Albert and Elizabeth Pina. He was a veteran of the U.S. Army and served in Korea. Mr. Pina was the owner of a package store in the New Haven area for 20 years prior to his retirement. He was a member of Saint Luke's Episcopal Church, New Haven and the V.F.W. Post #10321 of Hamden. He was a lifelong resident of New Haven. Besides his wife, he is survived by a daughter Cheryl Fleming of Maryland and 2 brothers Albert and Vincent Pina. Also survived by a grandaughter and 2 great- grandchildren. He was predeceased by 2 brothers. Funeral Service will be held at BEECHER & BENNETT TAYLOR FUNERAL HOME, 410 Campbell Ave., West Haven, Wednesday morning March 28 at 11 a.m. Interment will be in Beaverdale Memorial Park. Friends may call Wednesday morning from 10-11a.m.In lieu of flowers contributions may be made to St. Luke's Episcopal Church, 111 Whalley Ave., New Haven, CT 06511.