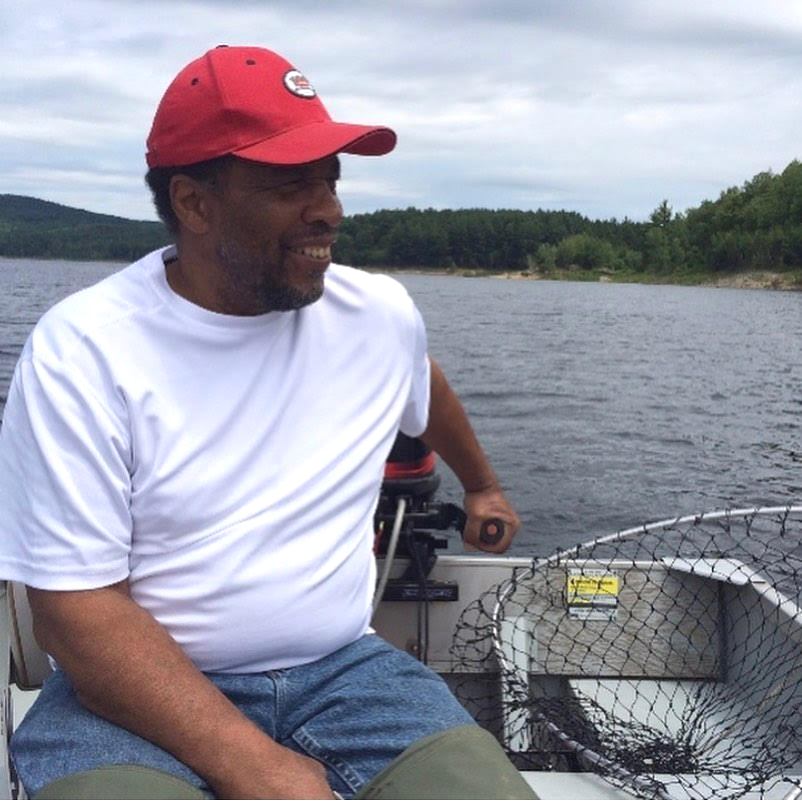 John Alfred Timm, born on February 2, 1949, in Meriden, Connecticut, passed away peacefully on May 26, 2020 from a heart attack, at home, in the company of neighbors and his beloved wife, Mary Beth. He was 71 years old.

John and Mary Beth were married on her birthday, August 21, 1971, in Bridgeport Connecticut. They then moved to Minot, N.D. where John served as a staff sergeant in the Air Force. Previous to his military experience, John graduated from Orville Platt Highschool in Meriden, and attended Central Connecticut State University, graduating with a Bachelor of Science in Physical Education.

John spent his career fusing his love for nature, sports, and community in various roles in local Parks and Recreations departments in Woodbury, Bristol, Torrington, and Hartford. During his time as the Superintendent of Parks in Torrington, he found his favorite restaurant, LaMonica’s. There, he enjoyed corned beef hash, and never hesitated to pour coffee for other patrons with his friends-turned-brothers, the LaMonica family. He often considered LaMonica’s to be his very own version of “Cheers,” where everyone knew his name, and he knew theirs.

The couple welcomed their first daughter, Natalie Alice, on September 6, 1980, and their second daughter, Marcianne Elisabeth, on March 1, 1984. The family of four lived in Terryville before moving to their Bristol home in 1989. John and Mary Beth continued to live at this residence, where John practiced–and mastered–the arts of landscaping, garden design, and skilled craftsmanship.

The family traveled throughout the U.S., often preferring to drive and camp along the Eastern coast.  Their summers were spent outside; gardening in their yard, barbequing, and catching fireflies.

Their eldest daughter Natalie resides in Hartsdale, New York with her husband Peter, and their son – perhaps John’s most treasured gift and his beloved namesake–Seamus John Whelan. John and his “best buddy” Seamus had been inseparable since his birth on August 13, 2016. John was an active presence in Seamus’ life – a time John cherished deeply. The pair were often together fishing or taking a drive to their favorite bakeries after school. While Seamus is smaller in stature than his “Pop Pop”, as John preferred to be called; their love, friendship, care, and connection was palpable when in their presence.

His second daughter, Marcianne, resides in Brooklyn New York, where she utilizes the wealth of knowledge her father bestowed upon her, as a Project Manager in New York City’s construction field. She credits any and all of her know-how to her father’s practical, hands-on and real-life experience – a gift that he shared with Seamus as well. John’s “do-it-yourself” and “do-anything-for-people-in-need” attitude will surely continue on in the next generation.

His love for sports started early on, and included golf, fishing, and perhaps most notably softball. He wasn’t afraid to tell the others, “There isn’t a ball I can’t catch,” and proudly told his daughters, “You should see your old man out there.” John is credited as saying in the December 14, 1985 Register Citizen, “Yeah, when I was a young guy, in my prime…I probably won’t be playing too much now…” in reference to his record as one of the few batters in the city circuit able to clear the fences at John Toro I. John continued to play softball throughout his life and returned to the game he loved in the summer of 2019, joining the Jack Doyle Senior softball team. On many occasions, he could spot Seamus and Mary Beth in the stands, cheering him on. His limitless amount of care extended to every aspect of life, and perhaps every sport, often on the golf course, where lifelong friendships were made and cemented between each round.

The term “family” was never defined by blood, but rather by the amount of love one can show for another. Continuing the traditions of his father and great-aunts and uncles, John could be found sitting around the poker table with his brother Jesse, and cousins Renee, Bruce, David, Judy, and Daryl, amongst many others. Always fair, he was just enough of a jokester that he could make you laugh while throwing down the winning hand.

After his retirement, he joined the Core Plating Technology company where he continued to build relationships and worked alongside people he would quickly call family. He split his time in his later years between caring for Seamus and family, and working at “the Shop.” When not home with Mary Beth, or with Seamus, he could be found taking his mother Phyllis out to lunch on a weekly basis. The two toured Connecticut in search of their next great meal.

John was loved by all, and the list of people and communities he helped is truly immeasurable: from North Dakota to North Carolina, Florida, California, New York, and his home state of Connecticut. His family and friends are forever grateful to have had him as a loving, positive influence that will never be forgotten.

He is also survived by his wife of 49 years, Mary Beth, daughters Marcianne and Natalie (and his son-by-marriage, and bonded through love, Peter Whelan), his most beloved grandson Seamus, and so many others that constituted the Timm family.

For John there truly was never a friend that didn’t instantly become family. For so many, he was an informal father-figure. Many people called him Dad, a term of endearment that he valued, even if he didn’t particularly show it. The extent of his love for others is one that we may never truly see, but it is felt amongst those that have counted him as our friend and a pillar of our lives. The list of loving friends and family members is far too long to mention, and each held a special and unique place in his heart

John will be cremated, per his request. In lieu of flowers, his family asks that donations be made in his honor to the following local charities: The Boys and Girls Club of Bristol, https://www.bbgc.org/donate, or For Goodness Sake, https://www.forgoodnessake.org/financial-donations.

Due to current circumstances, the family will organize a memorial gathering when it is feasible in the future, and gives thanks to all who have showered them with love and support in this difficult time. Arrangements are in care of Beecher & Bennett-Flatow Funeral Home, 48 Cook Ave., Meriden.