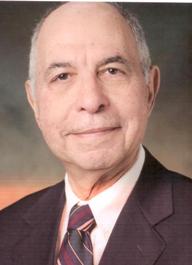 FENN, John E., M.D., age 89, beloved husband of Natalie Fenn for 63 years, died on April 20, 2022 at Yale-New Haven Hospital. He leaves his daughter, Linda Fenn Brill (Dan), his son, William Fenn (Sue), four grandchildren, Emily Fenn Lannon (Chris), Lindsay Fenn, Olivia Fenn, and Isabelle Fenn, two step-grandchildren, Adam Brill (Shannon), Sarah Wiggins (Jason) and six step-great grandchildren. He was predeceased by his sister, Myrna Fenn Baskin. John was born in New Haven on October 14, 1932. He attended local public schools, the Hopkins Grammar School, and then Dartmouth College. He received his MD degree from the Yale School of Medicine in 1961, following which he served at Grace-New Haven Community/Yale-New Haven Hospital as a resident in general surgery and then in cardiothoracic surgery over a period of six years, achieving Board Certification in both specialties. He served on the faculty of the Yale School of Medicine since 1965, practicing his specialty and teaching both residents-in- training and Yale medical students. In 1973, he began a 10-year term as Associate Chief of the Department of Surgery, followed by another 10 years as Chief of Staff of Yale-New Haven Hospital. In 1983, he was promoted to full Clinical Professor. He served in multiple capacities during his professional career, including appointment by the Governor of Connecticut to the State’s Medical Examining Board. He was a member the Board of Directors of Yale-New Haven Hospital and also Whitney Center in Hamden, where he and his wife ultimately resided. He was the author or co-author of many scientific papers, and in 2015 his book about the history of the Yale Department of Surgery, Yale Surgery – Leaders and Legacies, was published. He was the recipient of a number of awards during his lifetime, including the Hamilton Award for Distinguished Service to Connecticut Hospitals and the Health Care Field from the Connecticut Hospital Association, where he had also served on the Board of Directors; the class of 1954 of Dartmouth College; the University of New Haven, from which he received an honorary degree in 1988; and the Yale University School of Medicine, which honored him with the Bohmfalk Award in 2011 by vote of the faculty and medical students as the outstanding teacher of clinical sciences. However, no award brought him more joy than the love of his life, Natalie, and their wonderful children and grandchildren.

Friends are invited to visit with Dr. Fenn’s family at Beecher & Bennett Funeral Home, 2300 Whitney Ave, Hamden on April 24th from 1:00 pm to 3:00 pm. Contributions in his memory may be made to the Yale University Department of Surgery, or to the Whitney Center Memorial Fund.