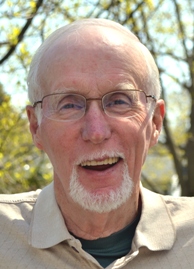 John Edward “Jack” Doyle, 82, of Hamden, passed away surrounded by his family on April 19, 2022. Born in Hartford on January 5, 1940 to the late John E. and Elizabeth Hogan Doyle. Jack will be lovingly remembered by his wife of 36 years, Suzanne Serviss; his adoring children, John “Jed,” Katie, Emma, and Colin Doyle; and his brothers, Richard (Reisa) and Robert Doyle. Predeceased by his sister, Carol Torry. He will be missed by numerous cousins, nephews, nieces, and his beloved “go-back” nap buddy: Dennis the Dog Doyle.
Jack grew up in Newington before making his home in Hamden, where he and Suzanne raised their family. He had a long career as a Clinical Social Worker and was a member of the CT Clinical Society and NASW. In 2011, he was honored as the NASW CT Social Worker of the Year. Jack worked at many community social work agencies in his career, including Family Counseling of New Haven, Family Services – Woodfield of Bridgeport, Catholic Family Services of Waterbury, and Greater New Haven Counseling and Family Therapy.
Jack had a passion for running, which he shared with the other members of the Warren Street Running Club and the 169 Running Club. He was also a lifelong basketball player and became an avid golfer in his later years. He sang with the Greater New Haven Community Chorus, the Yale Men’s Chorus, and the Waterbury Chorale. Fascinated by genealogy, Jack researched his family’s ancestry extensively – his files will be cherished for generations to come. Jack was most proud of taking his family to Ireland in 2018, exploring Doyle historical sites and enjoying the camaraderie of his countrymen.
Jack’s family would like to thank the staff, medical and non-medical, of Celentano 4 at Yale-New Haven Hospital St. Raphael’s Campus, for the love and support they received while in their care. Special thanks and gratitude to Dr. Mark Mann and Dr. James Lai for their compassionate care during Jack’s illness.
Friends are invited to visit with Jack’s family on Monday, April 25th from 5:00-8:00 p.m. at BEECHER & BENNETT FUNERAL HOME, 2300 Whitney Ave., Hamden. A Mass of Christian Burial will be held in St. Thomas More Chapel, 268 Park St., New Haven at 10:00 a.m. Tuesday, April 26th. Burial will be private at a later date. To view a recording of Jack’s funeral mass, please click here: Jack Doyle Funeral. Contributions in Jack’s memory may be made to the ACLU of CT at www.acluct.org, St. Thomas More Chapel at www.stm.yale.edu/give, or Boston College at www.bc.edu.