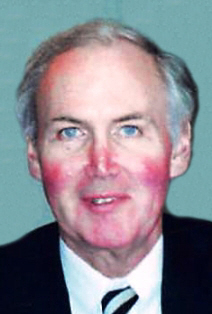 John Edward Lee, of Hamden, died December 12, 2020 at Connecticut Hospice in Branford. Born July 30, 1944, John was a lifelong resident of Hamden and Madison. He was predeceased by his parents, Joseph Scully Lee and Marion Crane Lee, his brother Joseph Crane Lee, and his niece Carolyn Lee McCormack. John leaves behind a sister-in-law, Mary Jo Lee of Madison; nephews, Timothy (Gail) Lee of Madison, and Christopher Lee (Amy Sue Leavens) of Vienna, VA; nieces, Kathryn Lee of Madison and Elizabeth Jensen (James) of Van Nuys, CA; five great-nieces and nephews. A graduate of Notre Dame High School, Georgetown University, and the University of Connecticut School of Law, John was admitted to the Connecticut Bar in 1969, but his practice was delayed when he was drafted into the United States Army, where he served until 1971. He then joined the firm of Garvey, Colleran, Weiner & Levy, eventually becoming a partner in the firm. In 1978, John became a solo practitioner and worked independently until the end of his career, which included arguing a case before the United States Supreme Court. John was an active member of his community, maintaining memberships in the American Bar Association, the Connecticut Bar Association (of which he served as Chair of the Young Lawyers Section), and the New Haven County Bar Association. He was also active in his church community, serving as the chair of both the St. Rita and Our Lady of Mercy School Boards, as the president of the St. Rita parish council, and as a Eucharistic minister, which collectively earned him the Archdiocesan Medal of Appreciation in 2005. A kind and gentle soul with a special love for his four-legged friends, John will be especially remembered for the wonderful sense of humor that invariably brought laughter and enjoyment to those who knew him.

For safety reasons, John’s funeral and burial in St. Lawrence Cemetery will be private. Arrangements are in the care of BEECHER & BENNETT, 2300 Whitney Ave, Hamden. Contributions in his memory may be made to Divine Mercy Parish, 1620 Whitney Ave., Hamden CT 06517, or to a charity of one’s choice.