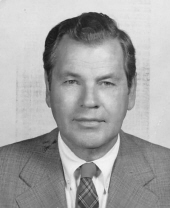 On April 5, John Earle English, 96, of Guilford, CT peacefully passed away. By virtue of the dedication of his caregivers, he had been able to remain in his home at the shore next to the water on which he had enjoyed his happiest hours. Son of the late Leila Earle and James English, he was born May 4, 1918 in New Haven, attended Hopkins Grammar School, and graduated from Yale in 1940. During World War II he served as a Lieutenant Commander in the Sixth Naval District Headquarters. Prior to and briefly after the war, he was with the United Illuminating Company, founded by his father, before becoming a trust officer with the First National Bank of New Haven. He remained with that bank and its successors for over thirty years, becoming First Bank Executive Vice-President and head of the Trust Division. After retiring in 1978, he remained active as a Director and Chairman of the Trust Committee of First Bank until its merger with Shawmut Bank. Other responsibilities in the local business community included twenty-four years as a Director of Wyatt Oil Company and many years as a board member and treasurer of the Yale Co-op. His involvement in church and civic affairs was also distinguished. Notable among his many duties were serving as a chairman of the New Haven United Fund, a warden and member of the vestry at St. Thomas Church, a trustee and treasurer of Hopkins Grammar School from 1950 to 1980, and a Governor of Mory's for over four decades. Jack, as he was familiarly known, was passionate about the sea and sailing. He was a successful racer and sailed in thirteen races to Bermuda, two trans-Atlantic races, and numerous other off-shore races and passages. His leadership positions in support of the sport included terms as Commodores of the Sachems Head Yacht Club, the Off Soundings Club, and the Eastern Connecticut Yacht Racing Association. He had also been Fleet Captain of the Cruising Club of America, as well as Rear Commodore of its Essex Station. His fellowship and energy also benefited other organizations and clubs. Among them, he had continued active membership in The North American Station of the Royal Scandinavian Yacht Club, the Dauntless Club, where he was a member of the council from 1948 to 1990, the New York Yacht Club, and the Storm Trysail Club. Janice Beckwith English, his beloved wife of seventy-one years, predeceased him in 2009. He is survived by three daughters and two sons: Sarah Waite and her husband Robert of Landgrove, VT, Olivia Bravakis and husband Louis of Worcester, VT, Gail English and husband Andrew Haines of Jamaica Plain, MA, John English, Jr. and his wife Mary of Landgrove, VT, and Timothy English and wife Carmen of Madison & Deep River, CT. His eleven grandchildren and seven great-grandchildren will also miss the wit and humor of their 'Captain.' The graveside service will be private, and a celebration of his life is planned for early May. In lieu of flowers, contributions may be made to Connecticut Hospice, Inc. 100 Double Beach Rd., Branford, CT 06405. Arrangements are in care of Beecher & Bennett Funeral Home, 2300 Whitney Ave., Hamden.