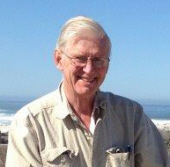 John Harold Seashore, M.D., 75, of New Haven, passed away at Yale-New Haven Hospital on Friday, December 5, 2014. He was the beloved husband of 50 years to Margretta Reed Seashore. Born in Springfield, MA June 18, 1939, he was the son of the late Harold G. and Ruby E. Idstrom Seashore. He is survived by his children; sons Robert Harold Seashore, of New Haven, and Carl John Seashore (Rebecca Fry), of Chapel Hill, NC, and daughter Carolyn (Ryan) Seashore England, of Denver, CO. He also leaves behind his sister, Anne Carolyn Drewry, of Tampa, FL, and three grandchildren; Luke, Jacob, and Catherine Seashore. After graduating from White Plains High School in 1957, he graduated from Yale College, and later Yale Medical School, graduating in 1965. He served internships and residencies at Yale New Haven Hospital, during which he worked at Hôpital Albert Schweitzer Haiti. After his residency, he went on to specialty training in Pediatric Surgery at the University of Florida in Gainesville, FL. He was a faculty member at both the University of Florida and Yale University, retiring from the Dept. of Surgery, section of Pediatric Surgery, at Yale University in June 2004. He was honored by the Department of Pediatrics at Yale with the Pediatric Faculty Teaching Award and presented with a Distinguished Service Award in honor of 31 years of dedication to Yale Surgery by the Department of Surgery at Yale University School of Medicine. John was a proud veteran of the US Army Reserves, having served in the Medical Corps during the Vietnam War. He was a member of Church of the Redeemer in New Haven, where he sang in the choir and served as the Church Treasurer. He was devoted to his wife, children and grandchildren and enjoyed gardening, traveling, cooking, the Metropolitan Opera, and spending time with all of his family. A memorial service will be held at Church of the Redeemer, 185 Cold Spring St., New Haven, CT on Friday, December 26 at 2 p.m. Contributions in his memory may be sent to Yale-New Haven Hospital, 20 York St., New Haven, CT 06510, or made online at www.givetoynhh.org or to Church of the Redeemer, www.uccredeemer.org BEECHER & BENNETT FUNERAL HOME, 2300 Whitney Ave., Hamden in charge of arrangements.