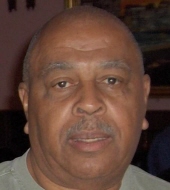 John Henry Lassiter, Sr at the age of 78, passed away peacefully on January 24, 2013 while recovering from postoperative complications at the Connecticut Hospice in Branford, Connecticut. He was born June 9, 1934, in Waterbury, CT to John Henry Lassiter and Mary Douglas. John owned and operated Medi-Kleen, Inc., a successful maintenance company in the tri-state area for more than 40 years. His main passion was to fly and he received his pilot license in 1969. He served as an Auxiliary State Trooper with the Bethany Troop B during the 1960's. He was a Sergeant in the Air Force during the Korean War where he served in the Special Services, responsible for the transportation of a nuclear centrifuge and was a decorated hero for discovering espionage activities. John married his beloved wife, Margaret Norman Lassiter, in Cardiff, Wales, on June 25, 1955. They were happily and devotedly betrothed for 57 years and raised their 5 beautiful children, John Henry Lassiter, Jr., Irving Hadyn Lassiter, Cheryl Anne Lassiter-Edwards, Craig Lassiter, and Jason Lassiter, in Woodbridge, CT. His interests included family, computers, military paraphernalia, root beer and blueberry muffins, privacy, and fixing things for others to help them. He spent his life dedicated to his wife, children and his grandchildren so that they might thrive and prosper. Mr. Lassiter is survived by his wife, Margaret Lassiter, by his brother Marshall, by his children, John, Irving, Cheryl, Craig, and Jason Lassiter, and his 9 grandchildren, Rachel, Adam, Jason, Blake, Aikikko, Jessica, Haley, Kate and Hannah. He was preceded in death by his brothers Irving and Nelson, and sisters Shirley Branch and Mary Brewster. A service will be held on Monday January 28, 2013 with viewing and family visitation between 12:00 PM and 2:00 PM followed by a Military Service at Beecher & Bennett, 2300 Whitney Avenue, Hamden, CT; with cremation to follow. Memorial donations are appreciated to the CT Hospice of Branford, 100 Double Beach Road, Branford, CT. Thank you to CT Hospice for the wonderful care provided, with a special note of thanks to nurses Shannon, Mary and Nancy, and to Larry his wonderful CNA. Another special thanks to the nurses at YNHH Saint Raphael Hospital-- Pat, Asha and Claudio, and to a special supportive person Jeannetta.