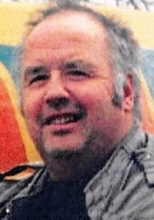 John J. Asklar, Jr., age 71, of Southington, passed away on March 30, 2017. Born in New Britain, CT on December 30, 1945, he was a son of the late John J. Asklar, Sr. & Stacia (Kudron) Asklar. John was also predeceased by his wife Jane (Middlemas) Asklar & his father-in-law John Middlemas. He is survived by his children, Lisa Tufano & her husband Cuono of Southington, Todd Asklar & his wife Stacy of Bristol, and Seana Asklar of Fall River, MA; his brother Edward Asklar & his wife Candace of Southington; his grandchildren Ignazio & Rosalinda Tufano; nephews Jamie, Jessie, & Jordon Asklar; mother in-law Ruth Middlemas of Glastonbury; sister in-law Deborah Passero & her husband Robert; nieces Kristen, Laura, & Stephanie Passero, and several cousins. A lifelong resident of Southington, John was a US Army Veteran of the Vietnam War. A truck driver for many years, he worked in his family's business, Asklar Trucking, then worked many years at International Silver in Meriden, and ended his career driving for C.W.P.M. Co. in Plainville. John was a Ford Motor Co. enthusiast, a New York Mets fan, especially that of Mike Piazza, and an avid NASCAR fan. He enjoyed all racing from bikes to dragsters. John was a former pit crew member for Eddy Flemke Sr. Racing and a past president of the Silver City BMX Club. Friends may visit with his family at DellaVecchia Funeral Home, 211 North Main St., Southington on Monday from 5:00 to 8:00 PM and may attend his Mass of Christian Burial on Tuesday at 9:30 AM in the Immaculate Conception Church, 130 Summer St. His interment with Military Honors will follow in the Immaculate Conception Cemetery.