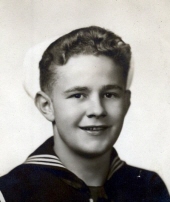 John 'Jack' S. Pixley, Sr, age 83, of Hamden, passed away February 3, 2009 at Yale New Haven Hospital. Jack was the husband for 61 years of Catherine 'Irene' N. Orr. Father of Dr. John S. (wife Janice) Pixley, Jr, of Reno NV and William N. Pixley of Vista, CA; grandfather of Aaron Ross Pixley and Jed Harris Pixley, both graduate students at Rice University in Houston, TX. Born in West Haven on April 25, 1925 he was the son of the late John S. and Mary Simmonds Pixley. Jack was also predeceased by a sister, Florence VanJeune. Jack was a former employee of Olin-Mathieson Corporation, where he retired as a pipe fitter. He was a WWII US Navy Veteran, a former president of the Hamden PTA, former Board of Director at the Dunbar-Davenport Housing Association in Hamden and a former member of the Board of Directors for the Heart Association. The family would like to thank the personnel of Yale New Haven Hospital for their kindness during this difficult time. Friends may visit with his family on Saturday, Feb. 7, 2009 from 9:30 to 11:00 AM at BEECHER & BENNETT, 2300 Whitney Ave., Hamden and may attend his funeral service at 11:00 AM. His interment will be private. Memorial contributions may be made to the Arthritis Foundation Inc. CT Chapter, 35 Cold Spring Rd., Suite 411, Rocky Hill, CT 06067.