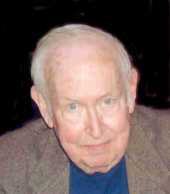 Boyle, John J. John J. Boyle, 77 of Hamden, husband of 52 years to Joan McKeon Boyle passed away April 4, 2009. John was the father of John and his wife Melissa of Woodbridge and grandfather of Adam, who will miss him dearly, brother of Alice Helms and her husband Robert of East Haven, Mary Bianchi and her husband Fred of Northford, Edmund Boyle and his wife Julianne of PA. Also survived by a cousin Kevin Boyle and his wife Suzanne of Madison and many nieces and nephews. John was born in New Haven, June 25, 1931 son of the late John Joseph Boyle and Miriam Heenan Boyle, he graduated from Hillhouse HS in 1948 and Fairfield University in 1952. John enjoyed a long career in medical sales before founding Connecticut Funeral Supply in 1981, serving the funeral directors of this region. He was the past & current president of the Ancient Order of Hibernians, secretary-treasurer, past president and founding member of the Irish History Round Table, treasurer & past president of the Civil War Round Table, member of the Knights of Saint Patrick, the Irish-American Community Center, and the Connecticut Irish-American Historical Society. John was also a member of the 1956 New Haven St. Patrick's Day Parade Committee which was responsible for reviving the parade after a 41 year hiatus. On March 15th, 2009 he marched in his 54th parade. He will be missed by his family and the Irish community that he embraced and so faithfully served throughout his life. Funeral from BEECHER & BENNETT, 2300 Whitney Ave, Hamden, Wednesday, April 8, 2009 at 9:15 AM, followed by a Mass of Christian Burial at 10 AM in Our Lady of Mt. Carmel Church. Friends may also visit with his family at the funeral home on Tuesday from 4 - 8 p.m. In lieu of flowers, contributions may be made to the American Heart Association, 5 Brookside Dr., Wallingford, CT 06492 or the Irish History Round Table, P.O. Box 6028, Hamden, CT 06517.