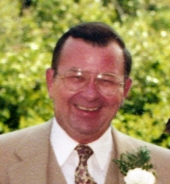 John Joseph Mullen, born October 20, 1933, passed away peacefully at home in Hamden, CT on April 16, 2014. John grew up in Philadelphia, attending Our Lady of Lourdes grammar school, and St. Thomas More High School. He was active in Scouting and advanced to the Eagle rank. He graduated from Villanova University with a BS in Economics in 1959, interrupted for two years by service in the Army Security Agency in the Far East from 1954-1956. John attended Georgetown University Law School in the evenings for two years while working for the Department of Labor. His exposure to computers and information systems prompted him to leave law school and pursue a career in information systems that spanned 25 years. This career culminated in a position as Branch Chief of Analysis and Design for the Federal/State Medicaid Program. In 1988 he took early retirement and became an Allstate Insurance Agent, establishing his own office in Columbia, MD. He retired from this position in 1993. John relocated to Hamden, CT in 2010 to be closer to family. He is survived by his three daughters; Melissa Leone, Sabina Norton and Jennifer Elletson, all of Cape Cod, Massachusetts. He is also survived by nine grandchildren. Friends may attend his Mass of Christian Burial celebrated at 11:00 AM on Saturday May 17, 2014 in Our Lady of Lourdes Church, 63rd Street and Lancaster Ave., Philadelphia, PA. His burial will be private.