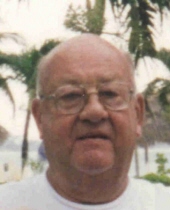 John M. Bee, Jr., 76, husband of the late Rita McGreevy Bee of Mt. Carmel passed away April 1, 2009 after an extended illness. John was born in Cambridge, MA son of the late John M. and Helen Bee and has resided in Mt. Carmel since 1965. He was President of the Macalaster Bicknell Co. of CT, Inc. for over 40 years, served in the U.S. Navy aboard the USS Iowa, was a long standing member and served as a Commodore of the Branford Yacht Club, was a member of the New Haven Country Club, an Assistant Scout Master with Troop 604 of Hamden, and will be remembered by all as a boating and fishing enthusiast. He is survived by 4 children; John M. Bee, III and his wife Christine of Wallingford, Patricia Bee and her partner Eric Morin of Burlington, VT, Kevin M. Bee and his partner Michael Colavolpe of Orlando, FL, and James E. Bee and his wife Tamara of Groton. Brother of Marie French of Loraine, OH, Nancy Kennedy and her husband, Patrick of Branford, Lawrence Bee, Sr. and his wife Pat of Guilford and beloved grandfather of Olivia, Matthew, Ian and Declan Bee and his 3 grand dogs, Masi, Buddy and Puck. Friends are welcome to attend calling hours from 4-6 p.m. on Sunday at BEECHER & BENNETT, 2300 WHITNEY AVE., HAMDEN, followed by a Mass of Christian Burial celebrated in Our Lady of Mt Carmel Church Monday April 6 at 10 a.m.