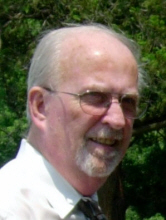 John S. Aimes, (formerly of Aimes Point, West Haven, CT) peacefully passed away on Tuesday, June 4th, 2013 in Roswell, Ga., with his children by his side. Born October 4th, 1940 to his parents Peter Martin and Ethel Sherrill Aimes (Milford, Ct). After serving in the U.S. Air force, he was employed at Burndy Corp. in Milford and later became an engineer for the Cambion Corp, in Pittsfield, N.H. He had two marriages, who still in death, held love for this special man. He was known for his stubbornness, extremely dry sense of humor, love of warm weather, and love for his family. He was predeceased by his brother, Robert Aimes and two children, John II and Peter. He has two remaining siblings, his sister Mary Pekari, of Martha's Vineyard and brother Edward Aimes of Milford, Ct, 2 sons, Mark Aimes, and John S. Aimes III, 3 daughters, Angela Torr, Jennifer Aimes and Danielle Gelinas, 1 nephew, 2 nieces, 10 grandchildren, and his good friend and neighbor Curt Critchett. John influenced so many people, in their own special way. His open heart let many love him and respect him. In our family's opinion, he was the best father, brother, and grandfather, always loving unconditionally. He will be greatly missed. Memorial Service Saturday, June 29, 2013 at 11:00 am at Church of the Holy Spirit. 28 Church St, West Haven, CT. Arrangements in care of BEECHER & BENNETT-TAYLOR, 410 Campbell Ave, West Haven.