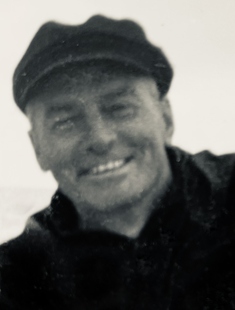 John Schleicher, 93, passed away on February 16, 2022, surrounded by his loving family. John was born February 21, 1928, to the late John and Marie Traub Schleicher of New Haven, Connecticut. John was a proud US Marine, having served during WWII. An avid golfer, he was a member of the Yale golf course for over forty years. In college, John was a NCAA National Hockey Champion at Colorado College. John also was a passionate sailor, spending five years building his own sailboat, the “Really Sumthin.” John was an entrepreneur. He obtained a patent for a device to paint the hole on the golf course, and his son Kurt still runs the company he founded today.
John is survived by his wife Mary. They were married for over sixty-three years and spent most of their life together in Bethany, Connecticut. They have three loving children: Lisa (Jake) Hine, Scott (Debbie) Schleicher, and Kurt (Allyson); six grandchildren: Taylor (Ben) Murtagh, Colby Hine, Samantha Schleicher, Todd Schleicher, Kayla Schleicher, and Hayden Schleicher; and two great-grandchildren: Quinn Murtagh and Fiona Murtagh. John is also survived by his loving sister Eileen Cosmar, and is pre-deceased by his brother, Robert Schleicher.
Services will be private. Donations welcomed to St. Jude Children’s Research Hospital. Arrangements in care of Beecher & Bennett Funeral Home.