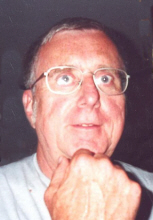 John W. Lippold, “Stubborn German”, 66, passed away peacefully on September 28, 2017 at Hartford Hospital. John was the beloved husband of Debra Acabchuk Lippold for 38 years. He was born in Meriden on February 22, 1951, son of the late George G. and Florice Barnes Lippold. John earned his Master’s Degree in Special Education from Southern Connecticut State University and later went on to work for the State of Connecticut DMR for 25 years. He also worked as a substitute teacher for five years for the Meriden Public School System. John was a faithful member of the First United Methodist Church of Meriden where he volunteered his time and knowledge as a Sunday school teacher. He was also a member of the CT Chapter of the Mended Hearts Association. John was a very strong person who enjoyed fishing and was an avid animal lover, especially his beagles Eddie and Bonnie. Along with his loving wife Debbie, John is survived by his daughters Danielle Lippold of West Haven and Keana Lippold of Meriden; brothers George (Carole) Lippold of Rutland, VT and Jerry (Pat) Lippold of Eugene, OR; sister-in-law Nancy (Rick) Childers of Meriden; and nephew and godson Roy Childers of Meriden. He was predeceased by his sister Helen Santor. Relatives and friends are invited to attend a Memorial Service for John on Monday, October 2, 2017 at 11:00AM at the First United Methodist Church of Meriden, 159 East Main Street, Meriden CT 06450 (Corner of E. Main & Pleasant St.) . Interment will be private. Beecher & Bennett-Flatow Funeral Home, Meriden is assisting the family with arrangements. In lieu of flowers, memorial donations in John’s name may be made to the First United Methodist Church of Meriden, Attn: Sunday School, 15 Pleasant St., Meriden, CT 06450 or the Meriden Humane Society, 311 Murdock Ave., Meriden, CT 06450. To share a condolence with John’s family, please visit www.beecherandbennett.com.