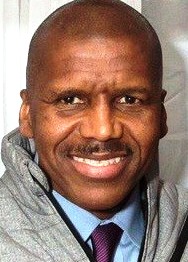 José dos Santos Correia of Hamden, CT (b. August 22, 1962), entered peacefully into eternal rest on July 9, 2020, after a courageous and private battle with cancer.

José was born in Praia-Santiago, República de Cabo Verde. His parents are José Tavares Correia and Maria de Fátima dos Santos Correia. As a teenager, Jose immigrated to the U.S. in 1981 with his brother, Manuel, and they initially settled in Milford, CT with his uncle and aunt, Antonio & Marva Santos. He graduated from Milford High School in 1982, and all the while he worked various part time jobs to support himself. In 1986, José became a U.S. citizen. Notably, he owned and operated a small construction business, Correia & Sons Construction. After graduation he worked full time at the Groton, CT submarine base for many years. Subsequently, he was employed by Metro-North Railroad beginning in 2000 and was a Foreman, Maintenance of Equipment and his most recent position was in Operating Capital Projects as an Assistant Director – PTC New Haven. Always a dedicated and hard worker, while working full-time José earned his Bachelor of Science degree in electrical engineering from the University of Hartford in 2006. Since 2013 José was also an adjunct instructor at Gateway Community College, where he was instrumental in launching the Railroad Engineering Technology Program and developing its curriculum.

José was skilled at home improvement and automotive repairs, there was never a project in the home, outdoors or for countless others, that he would not volunteer to tackle and successfully complete. José was blessed to enjoy the camaraderie and respect of numerous friends and colleagues, who often sought his advice and counsel. He enjoyed many outdoor activities including fishing in the summer, and he especially enjoyed soccer, both as a player in the Cape Verdean Soccer League and other adult leagues. He was a dedicated coach with the Hamden Youth Soccer League where he coached both of his children.

His love, service and dedication to his family, and especially his position as the oldest among his siblings in the U.S. will forever be a hallmark of his legacy. He was a proud Cape Verdean.

Due to COVID-19 and to honor José’s wishes and vigilance during this challenging time, the manner in which he will be laid to rest will be private. The family hopes there is understanding, support and cooperation with this difficult decision. In lieu of flowers, please consider a donation in his memory to the Yale – Smilow Cancer Center, Office of Development, P.O. Box 1849, New Haven, CT 06508-1849, https://www.givetoynhh.org/closertofree. BEECHER & BENNETT FUNERAL HOME, 2300 Whitney Avenue, Hamden, CT is in care of arrangements.