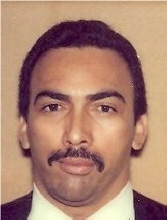 Meriden- Jose M. Ortiz, 60, died unexpectedly on Thursday, January 27, 2011 at MidState Medical Center. He was born March 14, 1950 in Yabucoa, Puerto Rico a son of the late Marcelo Ortiz and Petronila Ortiz-Navarro. Jose worked for AGC Inc. in Meriden for many years and was a Boston Red Sox fan. He is survived by three sons and their wives, Joel and Wendy Ortiz of Wallingford, Alvin Ortiz and his fiance, Tammy Brauch of Meriden and Samuel and Janette Ortiz of California and three grandchildren, Nicholas, D'Anthony and Andrew Ortiz. He also leaves four sisters and their husbands, Sophia Ortiz and Benjamin Mendoza, Maria R. Ortiz, Dalilia Ocasio-Ortiz, Graciella Ortiz and Hipolipio Munoz, and Carmen Ortiz and Angel Laboy, several half brothers and sisters, his former wife, Isabel Ortiz and companion Mary Cruz and her family, as well as many nieces and nephews. Relatives and friends may call at the Beecher & Bennett-Flatow Funeral Home, 48 Cook Ave., Meriden on Sunday, January 30, 2011 from 2-5pm. Burial will be at the convenience of the family.