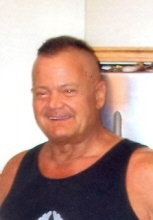 Joseph Dominic Carabetta, Sr, age 61, of Hourigan Drive, Meriden passed away on June 9, 2009. Joseph is survived by his wife of 41 years, Lenor C. Drechsler Carabetta; his son Joseph D. Carabetta, Jr, of Meriden, his daughter Juliet and her husband Marc Browne of Middletown; grandchildren Ryan, Alexandria & Nicholas Browne all of Middletown; brothers in-law Ken Staschke of Meriden, Dale Drechsler of Westbrook, Peter & his wife Sue Drechsler of Canton, OH; sister in-law Pamela & her husband Richard Ranno of Meriden and several nieces and nephews. Born in Meriden on March 24, 1948 he was a son of Anna Nowicki Carabetta of Penbrooke Pines, FL. and the late Dominic Carabetta. Joseph was employed for 42 years at Pratt & Whitney Aircraft until his illness, he was an Electronics System Serviceman. In his early years he was involved in many competitive sports as discus, shot-put and javelin throwing. He also competed after graduation from Wilcox Tech in weight lifting and was the recipient of many trophies. He later competed successfully in arm wrestling traveling all over the US. Joseph was always a big & strong man that his grandchildren look up to and loved him dearly. Friends and relatives are invited to visit with Joesph's family on Friday, June 12, 2009 from 5 to 8 PM at BEECHER & BENNETT - FLATOW Funeral Home 48 Cook Ave. Meriden, with his Funeral Service beginning at 7:30 PM. Burial will be held Privately.