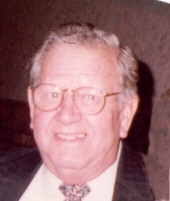 Joseph F. Barcsansky, 91, of Hamden passed away July 16, 2012. He was born in New Haven on March 31, 1921 a son of the late Stephen and Martha Kubicza Barcsansky, Sr. and had resided in Hamden since 1941. After graduation from Hillhouse H.S., he enlisted in the US Army Air Force and received aviation training at, notably, Norwich University in Vermont and the Southern Aviation School. He proudly served during WWII with the 69th Bombardment Squadron in the Pacific Theater, and ultimately attained the rank of Staff Sergeant. Joseph was later employed with Blue Cross & Blue Shield as a sales representative for many years prior to retirement. He was a communicant of Blessed Sacrament Church, a charter member of the Wallingford Rod & Gun Club, a member of the Branford Yacht Club. He enjoyed deep sea fishing, boating and cooking. Joseph is survived by his sister Veronica Charron of Hamden, and many nieces, nephews and friends. He was predeceased by a sister Martha Barcsansky, and two brothers Stephen and Robert Barcsansky. Funeral from BEECHER & BENNETT, 2300 WHITNEY AVE., HAMDEN Saturday morning July 21 at 9:30. Mass of Christian Burial will be Celebrated in Blessed Sacrament Church at 10 a.m. Friends may visit with his family Friday from 5-7 p.m. Interment in St. Lawrence Cemetery.