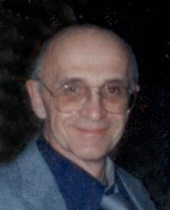 Joseph H. Pavlis, age 77, of Hamden, passed away on October 7, 2016. Born in Bridgeport on June 18, 1939 he was the son of the late Joseph & Theresa (Kollina) Pavlis. Joseph is survived by his wife Sheila, his son Joseph and his wife Jane Pavlis of Wallingford and his grandson Joseph D.J. Pavlis. He was predeceased by his daughter Brooke Pavlis. Joseph was retired for the State of CT Judicial Department where he worked as a Senior Probation Officer in Juvenile Court matters for many years. He and his son also operated the Moonlight Cleaning Service. His funeral was private, arrangements were in care of Beecher & Bennett Funeral Home, 2300 Whitney Ave, Hamden. Further further information to follow.