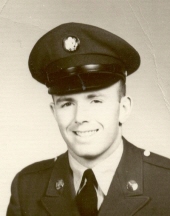 Joseph J. Lubeck, Jr., 69, of Northfield, CT passed away Thursday, Sept. 24, 2009 in New Britain. He is survived by his daughter Kimberly and her husband Manuel Goncalves of Wallingford, granddaughters, Ashley Noelle of Meriden, Aliyah Rose of Wallingford and a great-granddaughter Kayleigh Marie of Meriden. He is also survived by brother Paul M. Lubeck and his wife Kris Erikson of Santa Cruz, CA. A son of the late Joseph J., Sr. and Mary Cullen Lubeck, Joseph was born in New Haven March 5, 1940. He had been employed as a printer for Eastman Color and by the New Haven Register. He also served in the Army National Guard. A Mass of Christian Burial will be celebrated at St. Lawrence Church, 207 Main St., West Haven at 10:30 AM on Monday, September 28, 2009. Friends may call Sunday from 4 - 6 PM at BEECHER & BENNETT-TAYLOR FUNERAL HOME, 410 Campbell Ave., West Haven. In lieu of flowers contributions may be made to fight Lou Gehrig's Disease send contributions to The ALS Association, Development Department, 27001 Agoura Road, Suite 250, Calabasas Hills, CA 91301.