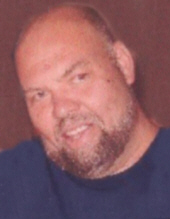 Joseph J.J. Janczura Jr., beloved father, 57, passed away peacefully after a long battle with cancer on Thursday, January 8, 2015 at Bel-Air Manor in Newington. His final days were spent surrounded by family, friends and good food. He was born October 1, 1957 in Meriden the son of the late Joseph and Anna (Cichon) Janczura Sr. Joseph worked for several manufacturing companies and had been a carrier for the Record Journal newspaper. He enjoyed hunting and fishing whenever he could. He is survived by a daughter, Christa Janczura of Newington, a sister; Linda (Janczura) Somerset and her husband Gary of Berlin, a niece, Amanda Somerset of Kensington and a nephew Gary Somerset Jr and his wife Elizabeth of Maryland. He also leaves two great nieces, Ciara Colon, and Claudia Somerset and a great-nephew, Jack Somerset as well as several aunts, uncles and cousins in the Meriden and Middlefield area. He was predeceased by a son, Jeffrey Mushrall. Relatives and friends may call at the Beecher & Bennett-Flatow Funeral Home, 48 Cook Ave., Meriden on Wednesday, January 14 from 4-6pm. A service will be held at 6pm. Burial will be private. The family would like to thank the staff at Bel-Air Manor and the Vitas Hospice nurses for their care and compassion.