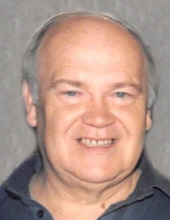 Joseph O. Mangles, formerly of Orange, passed away at Whitney Manor Monday, March 19, 2018 after a brief illness. Father of Jeffrey Mangles and his wife Lorna, of North Haven; grandfather of Allison, Eric, and Jason Mangles. He was predeceased by his first wife Blanche Norton Mangles in 1981, and second wife Eleanore McKay Mangles in 2017, his brother Fred Mangles, and a cousin, Ethel Stevens. Joseph was born in New Haven February 6, 1931, a son of the late Joseph O. and Sarah Mangles, and had resided in West Haven for 45 years before moving to Orange in 2007. After graduating from Commercial H. S. he proudly served in the US Army in Germany during the Korean Conflict. He was employed at the Sargeant Co. of New Haven as a customer service representative for 40 years prior to his retirement in 1999. Mr. Mangles was a member and Past Master of Hiram Lodge #1 A.F. & A. M., a Past Patron of the Order of the Eastern Star Golden Rod Chapter #34, the Arbeiter Maenner Chor, and formerly attended Christ Church. His family would like to thank the staff of Whitney Manor & Rehabilitation for their loving care and support of Joseph. Funeral service will be Thursday, March 22 at 11 a.m. at BEECHER & BENNETT, 2300 Whitney Ave., Hamden. Friends may call prior to the service from 10-11 a.m. Interment with military honors in Beaverdale Memorial Park. Contributions in his memory may be sent to the Parkinson's Disease Foundation.