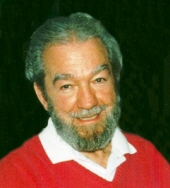 Joseph Richard Leon “Bic” Poulin (AKA Matthew) left this world peacefully with his son and daughter-in-law by his side at St. Mary’s VITAS Hospice Unit in Waterbury on Monday August 7, 2017 at the age of 86. Joseph is survived by his son Dave Poulin and his wife Michele; grandson Tim; as well as several nieces and nephews. He was predeceased by his beloved wife of 64 years, Barbara, brothers, Gerard and Wilfred, and sister, Evelyn. Joseph was born on May 26, 1931 in Winslow, ME to Edmund and Elise (Cantin) Poulin. He married Barbara on April 11, 1953. After moving to CT, they settled in Waterbury and later purchased their dream home on Three Mile Hill in Middlebury in August of 1962. He found employment at United States Rubber Company (Uniroyal) in Naugatuck. Joseph and Barbara welcomed their only child David into the world in December 1965. Over the years the family resided in the Southington, Bristol, and New Britain areas. The 1970’s were characterized by a shift in career to the study, publishing and teaching of scripturally based material. During that time numerous bibles were read, marked up and worn by reason of use. At any of his residences you could find him grilling burgers fit for a Levite on the charcoal grill or watering, mowing and enjoying his lawn, which at one time was featured in Scott’s magazine. His house and heart were always open to all. He was an avid fisherman with a couple of trophy sized trout to boast about from his secret fishing holes in the Farmington River. He and his wife were arguably Plantsville’s top UCONN Basketball fans. He loved his home state of Maine, and getaways were often enjoyed in the countryside or seashores there. His love of music and guitar skills were often called upon to play a personalized rendition of an old-time country or gospel song. Calling hours are scheduled for Friday August 11, 2017 at New Life Church, 350 High Hill Road, Wallingford, CT from 5-7 p.m. with a Celebration Service immediately following at 7 p.m. Pastor Will Marotti will officiate the ceremony. A time of fellowship with refreshments will follow. All are welcome to attend and celebrate Joseph’s life. Burial with Military Honors will take place at 10:30 a.m. on Monday August 14, 2017 at the State Veteran’s Cemetery, 317 Bow Lane, Middletown. Please meet directly at the cemetery office. The family would like to express their gratitude to Bristol Hospital Hospice for their compassion and care, St. Mary’s VITAS Hospice, as well as the members of New Life Church for their outpouring of love during this time. Arrangements in care of Beecher & Bennett - Flatow Funeral Home, 48 Cook Ave., Meriden. “Blessed are the undefiled in the way, who walk in the law of the LORD! Blessed are those who keep His testimonies, who seek Him with the whole heart!” -Psalm 119:1-2