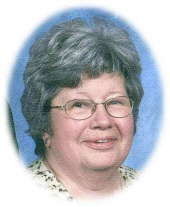 Joyce E. Tomlinson, 69, of Knob Hill Drive, Hamden , beloved wife of 48 years to Harley Tomlinson, passed away on March 28, 2007, after a long illness. She was attended at the end by her family and parish minister. She was born in Stamford, CT, Nov. 18, 1937 to Doris Blake Thompson of South Royalton, VT and the late Kenneth J. Thompson. Besides her husband and mother, Joyce leaves her sons, James A. Tomlinson of Prospect and David J. Tomlinson and his wife Mary Anne of Cheshire, four grandchildren, Robert, Scott, Faith, and Nathan Tomlinson, all of Cheshire, and her brother Kenneth R. Thompson of Hyde Park, VT. Joyce's number one love was her family and spending quality time with them. Her second great passion was her chosen career of nursing. She graduated in 1958 as an R.N. from Gifford Memorial Hospital School of Nursing in Vermont . After moving to Hamden with her husband and young sons in 1965, Joyce spent a few years enjoying being a mom. In 1969 she accepted a position as Registered Nurse at the Elim Park Baptist Home in Cheshire. Being the incredibly driven and capable nurse that she was, Joyce moved up in the ranks and ultimately achieved her role as Director of Nursing Services at Elim Park. She retired from that position in 2001. When she wasn't with her family or working she spent time with the different organizations she was a part of, including the Vermont 251 Club, the Connecticut Genealogical Society, and the Mt. Carmel Congregational Crafts Group. Joyce, along with her love of antiques, NASCAR racing, quilting, and big spirit will be missed by many. A funeral service will be held Saturday, March 31, 2007, at the Mt. Carmel Congregational Church at 10 a.m. Friends may visit with the family and pay their respects on Friday March 30, from 4 to 8 p.m. at BEECHER & BENNETT, 2300 Whitney Ave., Hamden. Memorial contributions in Joyce's name may be sent to The American Cancer Society, 538 Preston Ave., Meriden, CT 06450.