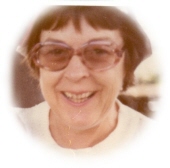 Hamden, CT - Joyce Seely, 80, of Centerbrook Rd., Hamden passed away Dec. 8, 2006 after a brief illness. She was born in Lake Ariel, PA Nov. 15, 1926 a daughter of the later Carleton and Ann Swingle. Her daughter Janet Seely predeceased her. She is survived by her son-in-law, Frank "Bud" Hromadka of Hamden, a brother, William Swingle of PA, 5 grandchildren, James Hromadka of Hamden, Jennifer Hromadka of North Haven, Rick Hromadka of CA, David Hromadka of FL, Michael Hromadka of Clinton, CT, 4 great-grandchildren, Dylan & Hannah Hromadka of Clinton, CT., and Ryan & Rachel Hromadka of CA. Also survived by several nieces and nephews. She was predeceased by a brother, Carleton Swingle. Relatives and friends are invited to a visitation Thurs., Dec. 14 from 4-6 p.m. at BEECHER & BENNETT, 2300 WHITNEY AVE., HAMDEN. Interment will be at the convenience of the family.