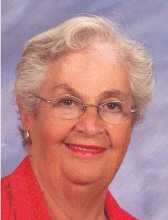 MERIDEN - Judith A. Spencer, 71, went to be with the Lord on Monday, December 31, 2007, while at home with her family by her side. She was the loving wife of and is survived by James R. Spencer, Jr. Born in Meriden on August 17, 1936, she was the daughter of the late Robert and Dorothy Carey Bemis. She is also the sister of Roberta B. Palmer of Port Orange, FL. A lifelong resident of Meriden, she graduated from Meriden High School and St. Luke's School of Nursing in New York City. She was an R.N. who practiced at many area hospitals, finally retiring in 2000 after 20 years of service at The Masonic Home & Hospital in Wallingford. She was a long time member of First United Methodist Church. Judy was very involved in The Order of Eastern Star, Meridian Chapter #8 and served as Connecticut's Most Worthy Grand Matron from 2000-2001. Besides her husband, three sons and their wives: David and Leisha Spencer of Trinity, FL; Scott and Elizabeth Spencer of Annandale, NJ; Marc and Megan Spencer of Enfield, CT survive her. She was the proud grandmother of seven: Kristin, Layne, Ellery, Katherine, William, Evan and Aidan. The funeral will be held at 2 p.m. on Saturday, Jan. 5, 2008, at the Beecher and Bennett Flatow Funeral Home, 48 Cook Ave., Meriden. A reception will follow at the Rogers Memorial of First United Methodist Church, 159 East Main St., Meriden. Relatives and friends may call at the funeral home Friday from 5 to 8 p.m. The Order of Eastern Star, Meridian Chapter #8 will conduct a service at 7 p.m. Friends may also call at the funeral home Saturday from 1 to 2 p.m. prior to the service. Thanks from the family are extended to Dr. Kathleen Sorcinelli and staff for the professional and personal care and attention. In lieu of flowers, contributions in her memory may be made to the V. M. Painter Cancer Research, c/o Grand Chapter Office, O.E.S., P.O. Box 143, Plymouth, CT 06782.