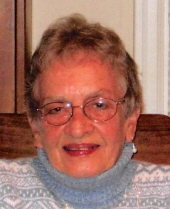 Judyth A. Thomas, age 77, of Hamden, passed away on January 20, 2015. Judyth was the widow of Roger B. Thomas. Born in New Haven on November 8, 1937 she was a daughter of the late Eric & Sylvia Capper and step-daughter of the late Margaret Capper. She is survived by her daughter Kim Thomas & (Mark Hicks) of Hamden; her sister Beverly J. Canell & her husband Edward of Bonita Springs, FL and her grandchildren, Joseph R. Sabato, Jason T. Sabato, Roger B. Thomas III, Patrick Thomas, Christina Nunez and Elaina Thomas. Judyth was also predeceased by her daughter Holly Sequino & her son Roger B. Thomas Jr. She formerly work for the UI Company in New Haven after High School and enjoyed playing for their basketball team, she later was employed by the M. Backus & Sons Company and currently was the President of Industrial Sheet Metal of Orange. Friends may visit with her family at Beecher & Bennett Funeral Home, 2300 Whitney Ave, Hamden on Monday from 9:00 to 11:00 AM and may attend her Prayer Service begining at 11:00 AM in the funeral home. Burial will follow in Beaverdale Memorial Park, Hamden. Memorial contributions may be made to the Masonic Charity Foundation of CT, 74 Cheshire Rd, P.O. Box 70. Wallingford, CT 06492.